International gathering of owners of the legendary car „Fićo“ in Baščaršija, Sarajevo

The first international gathering of a car that was one of the symbols of the former state of Yugoslavia and the most commonly seen vehicle on Yugoslav roads, was held in Baščaršija Square (old town of Sarajevo) on July 29th, 2017. The occasion for maintaining „Fiat-Fićo Fest“ is the celebration of the anniversary, the 62nd birthday of this favorite car for many people all over the world. 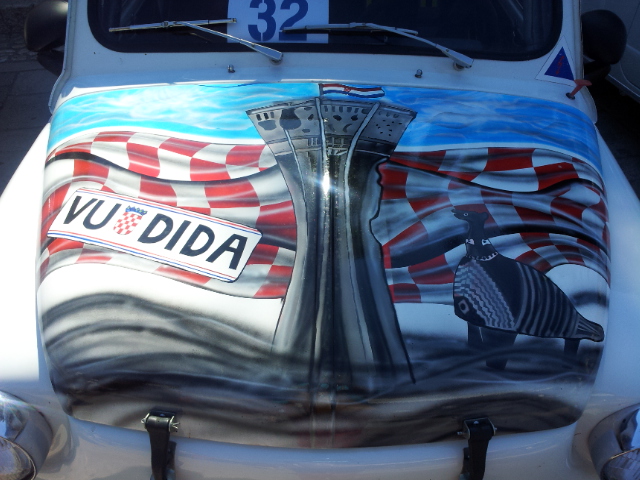 The organizer of the event was the Association of Fićo Cars Fans – club from Sarajevo. They say, the number would be bigger because fans and owners of Fiat from around the world appeared, but they are limited by space and technical conditions. 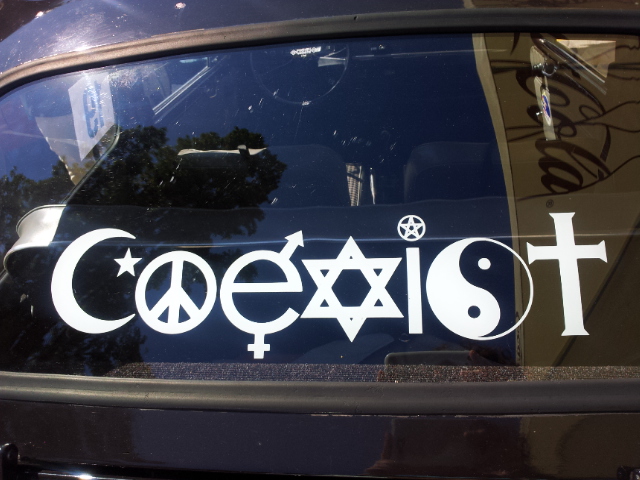 Many vehicles at Fićo festivities arrived from Italy, Spain, England, Croatia, Serbia ..etc.The interest was huge because Fićo is still a favorite vehicle of many people of all ages. There have been 12 vehicles from Bosnia and Herzegovina. Many guests from the region and other countries of Europe came, as well.

At Baščaršija square, we’ve been able to see Fićo of all colors, years and different models, from ordinary model to convertible model. 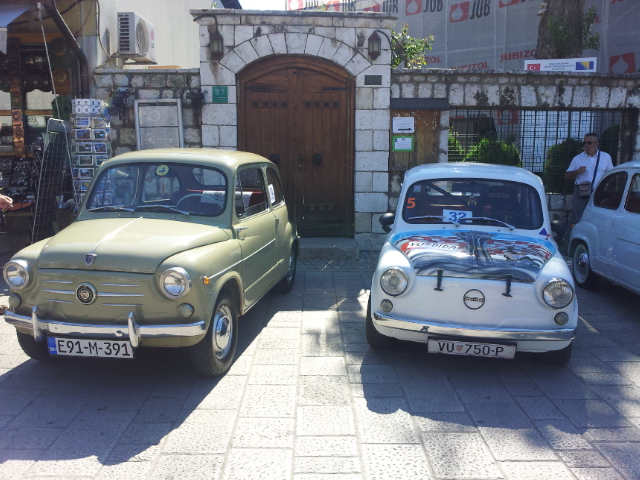 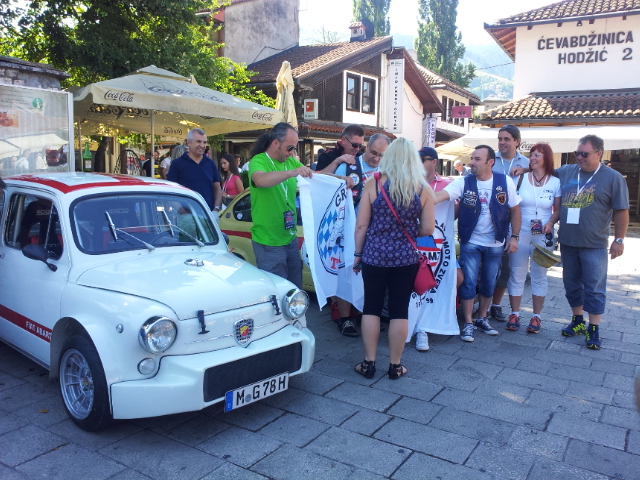 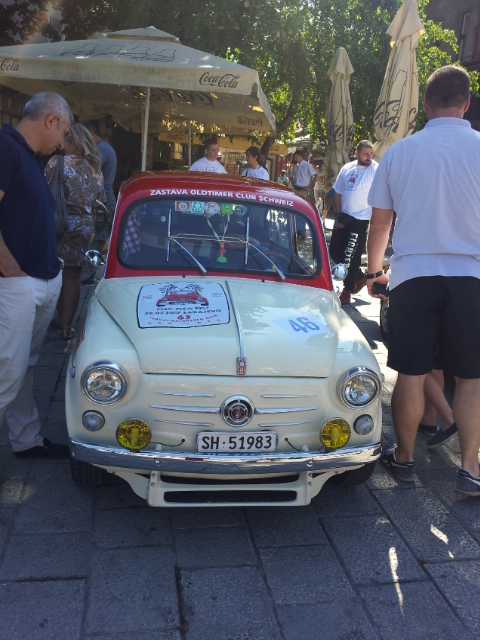 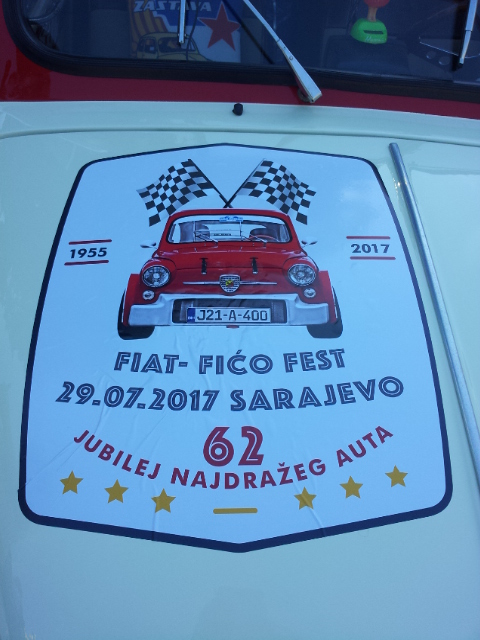 Municipality of Stari Grad supported the maintenance of this event by giving space for its maintenance. The vehicles have been displayed on the plateau above Sebilj and in front of the Baščaršija mosque, in the period from 10 am to 12 pm on 29 July 2017.

People are still emotionally attached to Fićo and this vehicle is still a great attraction.

Zastava 750 is the official name of a small car, which is known in the former Yugoslavia under the nickname Fićo. Produced under the Fiat 600 license, introduced in 1955, at the Geneva Motor Show, as a symbol of the post-war Italian economic advancement. A few years earlier Fiat’s chief engineer Dr. Dante Giacosa was given the task of making a small vehicle, which, unlike the legendary Topolino – he designed as early as 1936 – would provide a comfortable carriage for four passengers. 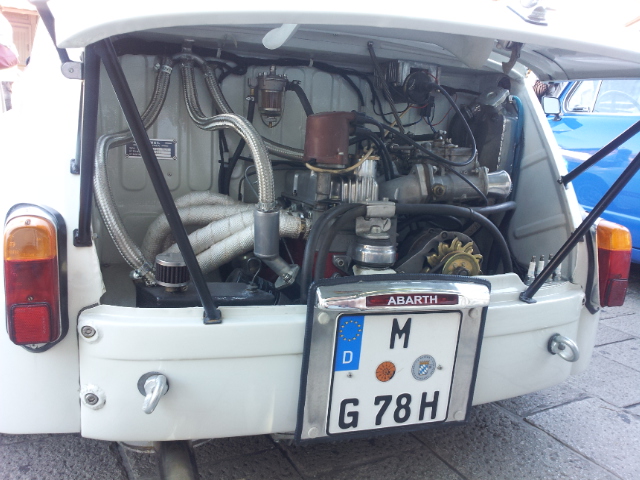 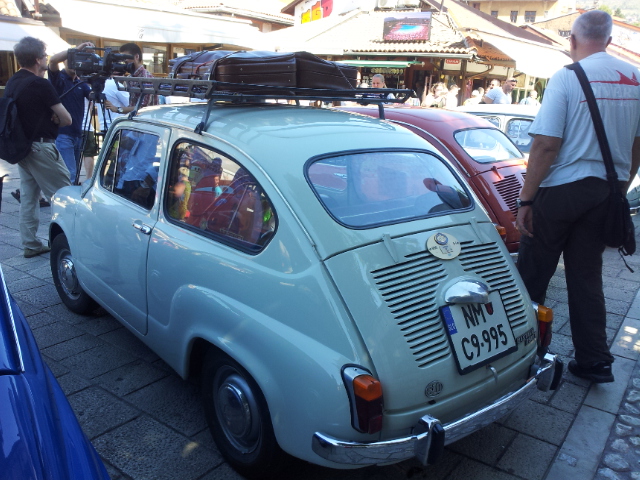 Mr. Giacosa then overcame himself, creating for many the most successful and most popular FIAT of all time – the Fiat 600. In the first five years of production, a million vehicles were sold. This model car, in addition to Italy, was produced in Argentina, Austria, Spain and ex-Yugoslavia.

Honest path to a peaceful life

The Power of Story

welcome to my mymaithilyworld ...i like motivational thoghts share with you i hope you like it ''.you are free ,an that is why your are lost''