We continue with the next 5 interesting facts about trains worldwide.
6. The speed record was held by French TGV (Train à Grande Vitesse) for a time, which reached 574.8 km / h for testing. The well-known European route is 400 kilometers long between Paris and Lyon, which TGV / AGV (TGV Alstom and Bombardier) goes for just one hour and a half, at a speed of over 300 km / h.

More info on https://www.raileurope.com, https://en.oui.sncf/en/tgv.
7. The Japanese-Chinese Maglev is known, which drives 600 km / h. Here, of course, it is the highest measured speeds. Operational speeds are less. Although still impressive. The list of the fastest trains in the world is practically changing day by day. It may depend on whether the average, the highest or the cruise speed is counted, but it is often about trains whose travel speeds are greater than 300 km / h. Among trains on regular routes, the Shanghai Maglev, whose travel speed is 430 km / h, is the fastest, and is manufactured by Siemens and ThyssenKrupp.
8. The Japanese MLX01 train set a new world record in speed. JR Central, the owner of new high-speed innovations, said the maximum speed reached was 366 miles per hour, ie an incredible 590 km / h.
Guard at Kyoto station https://www.youtube.com/watch?v=19TCw&#8230;
The Japanese company’s representative claims that their train can achieve even greater speed so that a new world record may be set next week. Such a speed can not be achieved by any modern “sports car”. 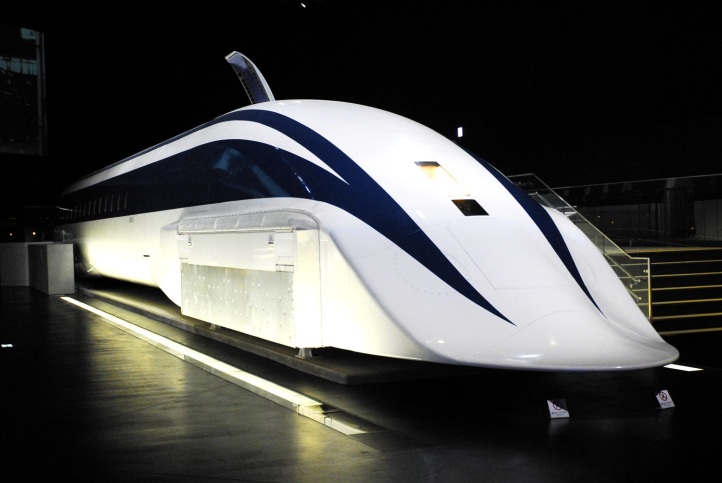 Japan has managed to achieve such train speed thanks to the magnetic levitation system (abbreviated “maglev”). It allows the train not to slide on the rails but it is levitating (floating) over the magnets placed therein, which are the same half as the magnets are placed at the foot of the train. In its essence, simple technology is based on elementary school physics, ie the fact that the same-named magnets are rejected. In this way it avoids friction, gets more energy efficiency, ie increases the speed. At the same time, passengers do not feel any vibration and tremor that significantly increases comfort. According to expectations, the train-bullet should only become operative until 2027 although the first part of the route is planned to be released in 2020. It should be noted that even then passengers will not be driven at maximum speed but will have to be satisfied with speed of 505 km / h.
9. In America, the length of the railway network is huge. A part of the network has long since dwindled. Also, the speed of the train is small, which strongly affects the economy of the state. Americans prefer to prefer long-distance aircraft, or cars for shorter distances due to cheap fuel. Cargo is transported mainly by aircraft, ships and trucks, and it is well-known that railways are the cheapest form of transport and people and goods. This has long recognized by many large and powerful countries such as China, Russia, Germany, France and Spain, and then Italy and the UK, even Turkey. What a lot of ordinary people do not know is the fact that the United States (for those countries in modern rail infrastructure and traffic) is far behind. The California state of affairs tries to set up a railway network that would allow trains to travel at 200 km / h. However, the San Francisco-Los Angeles stock will continue to work only in the late 2029.

Americans acknowledge that magnetic levitation has the right to its future. Its basic problem is the cost of building a “railway line”, given that modernized existing lines. The same modern classical trains also allow enormous speeds and high travel comfort.
10. Some of the well-known European trains are: The French SNCF TGV Reseau train is 200 meters long and can carry up to 508 people. It develops speeds up to a maximum of 320 km / h, HSL-1 (Belgium) – Thalys Belgian train carrying passengers at 88 kilometers long between Brussels and Paris. The drive was released in 1997. It takes less than 90 minutes to pass this section. It achieves speeds of up to 300 km / h, Elettro Treno Rapido 500 (ETR) are Italian fast trains introduced in 1993. In its highest form, the train is as long as 327 meters and travels at a speed of up to 340 km / h. In order to reach the distance from Milan to Bologna it takes 60 minutes, the EUROstar is a train that travels passengers on the London-Paris line, achieving speeds up to 300 km / h, while for speed safety through the La Manche tunnel is limited to 160 km / h. So passengers from London to Paris arrive in an hour and fifty minutes. Ave Class 102 (Spain) – A train that looks like a locomotive wearing a nickname “pato” which in Spanish means duck. The train length is 200 meters and achieves a maximum speed of 330 km / h.

ICE trains in Europe connect all the larger cities in Germany and neighboring countries. This modern high-speed train with hourly service offers many: among other things, wagons with air conditioning, large foot space, video screens and audio systems. ICE will take you anywhere in Germany and is an excellent way to travel to other countries, Austria, France and Switzerland.