The beginning of the history of all mankind is recorded by the presence of “woman.” Science considers a woman to be the original or first sex. The first human chromosome was carried by a woman. The evolutionary adaptation of women ensured the survival and success of the species. A woman’s maternal concern created an impetus for the development of communication and social organization in the human brain.
In prehistoric times, women lived on average up to the age of 20. Very rare were women who experienced their 40s. The main reason was the heavy work from morning till dark. The communities of that time were matriarchal (women made the most important decisions). They have developed a huge range of activities and skills. They collected food, cared for children, made animal skin clothing, dishes, implements, and tooth or bone ornaments. They were engaged in pottery. Shelters were being erected. Women were the pioneers of agriculture because of the use and good knowledge of plants and grasses. Each woman had to own a bag to collect the fruits. The first baby carriers were invented (there was no older group of women in the tribe to babysit).
Women were more valued then. In prehistory, there were no differences between women and men. The most important thing was to survive in caves or other shelters. In the first primitive societies, women were less oppressed than in later societies. When the survival of the group is the main task, women’s equality is emphasized. In tribal groups, women play an important role as food suppliers. Therefore, they were not under the yoke.

In primitive societies, a woman was believed to be a divine being, endowed with the most important power in the world – birth. It was believed that only women could create a new life, and accordingly they were worshiped. Then the principle of reproduction was discovered. Tribal communities are falling apart. The organization of life into states begins, and so begins the dominance of men. During the old age women lost almost every social role except childbirth.
Matriarchy is almost extinct to this day. It was replaced by patriarchy. It is a form of family in which the father plays the leading role and decides the fate of the family and its members. The form of a matriarchal family can be found today on several lonely islands in outbreaks characterized by poverty.
From the very beginning, the role of the first women was greater. Their contribution to human evolution is more important than ever accepted.
The life of women in prehistoric times was not at all simple (various illnesses, migrations…). Such a life would be unthinkable today. In prehistoric times, women were dying before the age of 20. Many years have passed since women lived as they did in prehistoric times. Men’s attitudes and their understanding of women have changed. Our mission is to appreciate the hard work of women throughout history and to be proud of the women who have made our lives as we live today.
In the old days, women and men did not have equal rights. Women were oppressed, considered less valuable. They were restricted from moving and were completely dependent on their husbands or fathers.
The differences in the life of women can be traced through Egyptian, Old Babylonian, Greek and Roman civilization. They all have in common that women were subordinate to men. Their lives depended on men.
Many ancient laws address women’s rights. One of the oldest and best preserved is the 17th century Hamurabi Code. from Babylon. According to this code (known by the principle “eye for eye, tooth for tooth”), we can read that women were excluded from public life. They could not make their own decisions. Divorce may have been obtained in the event of blatant neglect, misconduct, or the case of their husband abandoning them. Marriage was decided by the bridegroom, father or guardian. If the woman was barren, the husband could have taken another woman.
There are exceptions to note about women-rulers in ancient Egyptian culture. They led a lavish and comfortable life. In their time, culture and art developed. The economy was booming. Some of the better known ones are Hatshepsut, Cleopatra and Nefretiti. There is inequality here because women came to power only in the case of powerlessness or lack of a male heir.
Women were misled in education. The girls did not go to school but, like their mothers, did household chores, took care of the household, and prepared for marriage and family care. Their clothes were simpler as opposed to men wearing woolen robes. In some cities such as Athens, women led a completely separate life from men. They were forbidden to hang out with men, they lived in separate rooms. They came out only on special occasions. They did not participate in political life. They were restricted from buying and selling. The poor were forced to work in the fields and markets. Their disparagement is evidenced by the fact that they could not be called by their own name in public. They were called someone’s wives. In Rome, daughters were given the names of fathers in the feminine gender, along with their names such as Julius the First, Julius the Second, and so on. At the end of the ancient times, the position of women in Rome improved. They acquired legal capacity, could own and participate in religious and other festivities.
From all the above we can conclude that the life of women in the old age was not at all simple. They were disparaging. Without their rights, they depended on men in almost every aspect of life. There are various injustices in the world today, but we should appreciate the life we ​​have and think about the people who have made it possible for us. We hope that we will not go back to the old age with laws and thinking.
Throughout the Middle Ages the position of women was extremely poor. The wife was a maternity mother, and a wife. She was in the man’s or her father’s property.
In the Middle Ages in Europe, the Church and the clergy played a major role in people’s lives. Most monotheistic religions during the Middle Ages taught that women must be subordinate to men. Women were expected of chastity, modesty and obedience because they often identified women with Mary, the mother of Jesus. Influenced by religion, many medieval works highlight the shortcomings of women, such as: incompetence, conversion, passivity, seduction.
“The only good woman is a quiet woman,” is a proverb that could be found in all parts of the world. Women who disobeyed the law of silence and deviated from some of the rules in the Middle Ages were punished. Many women were declared witches because they did not marry until a certain age (around 35). They lived alone, had red hair and a cat or stain.

World War I is the driver of change related to women’s jobs. Women’s action extends to the so-called. male areas and male occupations. Women start driving cars, operating plows, trams, making weapons in factories, performing auto mechanic work. This contributed to the emancipation of women. They start hanging out with men, smoking, wearing pants and moving around freely. After the war, many European countries (Great Britain, Poland, USSR, Germany…) gave women voting rights.
With the advent of totalitarian regimes, everything returns to the old. Hitler repeals the Weimar Constitution. Women are banned from political work. They are forbidden to use cosmetics and wear foreign fashion garments. They are banned from diets, smoking and sports. In Nazism, women were seen as serving the Aryan race. Everything else was a supporting role.
World War II contributed to the better position of women in society. Numerous women became involved in partisan movements. They showed their strength. 1945 After the war, the situation changes. The UN issues anti-discrimination documents for women. In most countries in the world, women are entitled to vote. They become equal to men, at least on paper. We say on paper because we are witnessing that in many countries today women are not equal to men (notwithstanding the many documents signed against discrimination against women).
Since the second half of the 20th century, more women have entered politics and leadership positions in the states. The first President of the country in history is Vigdis Finnbogadittir (former President of Iceland). Today, women are at the head of a dozen countries in the world as president.
Despite numerous rights, women today are not fully equal to men. We can see this from these examples: men get promoted faster and pay higher, there are more men in politics, there are many prejudices about women: that they are weaker drivers.
Looking at history, women today are more equal than ever before- But no country has recorded gender equality yet. Women have shown that they are capable and worthy of attention. That is why in most countries they have succeeded in achieving what they have always lacked – freedom!
In the spirit of the centennial anniversary of the painstaking and difficult struggle of women for equality on all meridians and parallels, we should appreciate the hard work of women throughout history. to be proud of those women who have given us the life we ​​live today.
Although the position of women has been difficult in the past (it is still difficult today), there is an optimistic vision of tomorrow. Such a struggle may not be necessary in it. The data show that women can easily find their equal place in the most developed societies in the fields of work, science, security, legal protection… and least in the field of politics, government structures, leadership and leadership positions. There is a long road ahead for humanity to achieve full equality for women.
The most famous organizations in the world that fight for equality of women in society:
http://www.unwomen.org 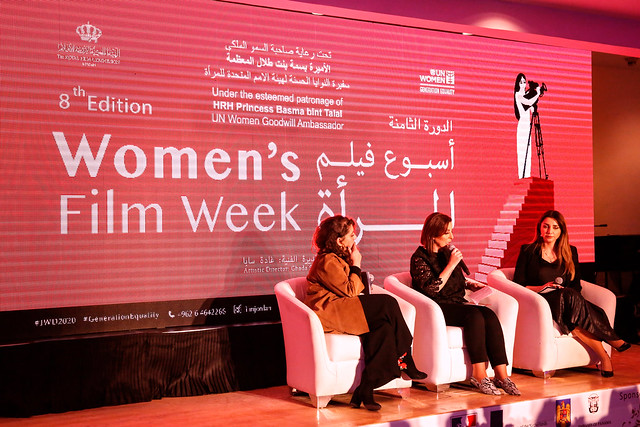 https://www.snapchat.com/add/unwomen
https://www.unwomen.org/en/rss-feeds
http://www.waofp.org
https://www.facebook.com/WAOFP/
“The National Organization for Women (NOW) is the largest organization of feminist activists in the United States.
The oldest women’s organization is:
Relief Society
It was founded in 1842 in Nauvoo, Illinois, United States, and has approximately 7.1 million members in over 188 countries and territories. The Relief Society is often referred to by the church and others as “one of the oldest and largest women’s organizations in the world.”