The whole planet is known to be warming at an alarming rate. The amount of carbon dioxide (and other greenhouse gases that people release into the atmosphere) is a key reason for this. Every time you start a car, you eat beef that came from cows that used to be in the territory where the forest used to be, or order the clothes they send you from around the world, literally contributing billions of tons of carbon dioxide to the atmosphere. Many scientists have been thinking for decades about how to reduce harmful impacts and save the planet. Each individual can contribute to reducing carbon dioxide.
WHAT IS A CARBON PRINT?
Carbon footprint: A term commonly used. Refers to the total amount of CO2 and other greenhouse gas emissions directly or indirectly caused by a product, activity or related to the activities of an individual or organization.
HOW DOES THE CARBON footprint BE MEASURED?
CO2 equivalent (CO2e): A universal unit of measurement for greenhouse gas emissions, reflecting their different global warming potential.
How Do Greenhouse Gases Affect the Environment?
Greenhouse gases such as carbon dioxide (CO2), methane (CH4), nitrogen dioxide (N2 O) and hydrofluorocarbons (HFCs) have different global warming potentials. For example, one ton of methane is equivalent to 25 tonnes of CO2. To account for this, the amount of each gas emitted is converted to carbon dioxide equivalent (CO2 e) so that the total effect from all sources can be combined into a single figure.
Let’s reduce the use of plastic bags
We consider plastic bags as bad for the environment because of improper disposal that pollutes nature. Their production is not at all good for the environment. Plastic bags weigh from 8 to 60 grams, depending on thickness. Most used in the household are those weighing between 25 and 40 grams. For the production of one average plastic bag (used in the home), 200 grams of CO2e are released into the air. When using five bags – you’ve already loaded the Earth with an extra 1kg of CO2e. Choose wooden cutting boards rather than plastic cutting boards. They are more durable than natural materials. You will save more than one pound of CO2e in the earth.

Experts say we throw away 30 percent of our food
Try not to waste food and buy reusable materials. Currently, 25 to 30 percent of all food produced is decayed or discarded. Solving this problem would free up millions of square kilometers of land. Only 14 percent of plastic packaging waste is recycled!
Use a water bottle and drink tap water
Use your own water bottle to avoid buying bottles in plastic containers. More than 480 billion plastic bottles were sold worldwide in 2016. When lined up, they would cover half way to the Sun. According to current growth trends, that number will grow to 583 billion by 2021.
Local food is healthier
By buying locally grown food for one year, you can reduce the equivalent of a greenhouse gas equivalent to driving as much as 1609 kilometers. Local food is considered to be locally grown within 300 km of the country of residence. It helps prevent global warming because it requires less fossil fuels to transport, generating less greenhouse gas emissions than conventionally produced food.
Reduce your red meat intake

Red meat is not healthy food. Half of the world’s total water production is consumed by livestock production. Cattle release methane through their digestion, mostly cows. According to some statistics, as much as 500 liters of methane per day can be compared to the pollution produced daily by a car.
Choose a fridge with green features
The refrigerator consumes the most energy in the household, as much as 18.9 percent. If you’re buying a new refrigerator, choose the one with the highest energy class. Advanced “green” features are energy-saving programs when you’re away from home for longer. Effective LED lighting is pleasing to the eye and your wallet.
Washing machine vs. hand washing dishes
The dishwasher is greener than the old method of manual washing, especially if you rinse the dishes with plenty of water. 990 grams of CO2e is produced by your washing machine at 65 ° C. 8000 grams of CO2e is produced by hand washing with heavy water use. If you do the dishes in cold water, the print is almost zero, but your plates will not be clean.
Do not open the oven frequently
The oven consumes 5.1 percent of household energy. Instead of opening the oven every time we want to make sure the dish is baked, we should use light. Each time the oven is opened, it loses at least 20 percent of the energy already collected. There is no need to pre-heat the oven for more than an hour. It is advised to turn off the oven before baking is done to utilize the existing heat.
Water heating with gas 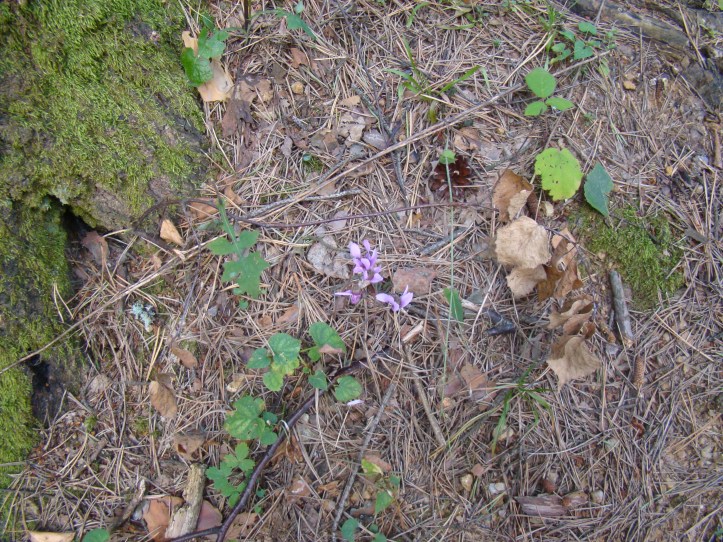 Gas heating provides instant warm water (83 percent less carbon and other greenhouse gas emissions than electric hot water heating systems). This number is equal to the greenhouse gas emissions produced by an energy system that uses 50 percent renewable energy and 50 percent electricity from coal. It is best to set the water temperature between 30 and 35 degrees.
The largest consumer of water is the toilet
About 30 percent of the total water used in the home is used for flushing toilets. That’s more water than a washing machine, dishwasher and shower. Remember, this water is of the same high quality as in our faucets. Replacing the old toilet with a new low-flow model is a great start in remodeling the bathroom. You can reduce water consumption by installing a double flush cistern. They typically consume 4-6 liters of water, as opposed to old flushing systems, which use a whopping 13 liters per flush.
Wash your clothes at lower temperatures
About 80 to 85 percent of the energy used to wash clothes goes to heat the washing water. Wash all less soiled clothing by hand or at lower temperatures. At 60 ° C, only underwear, linens or kitchen towels should be washed. Modern laundry detergents wash clothes at 30 ° C equally well. Washing and drying clothes every two days generates about 440 kg of greenhouse gas emissions per year.
Choose a shower instead of a bathtub
Take a shower – You will consume up to 50 percent less energy and water. To save more on water consumption, install a so-called perlators or water pressure regulators. They regulate water pressure in plumbing. They save about 60 percent of consumption. It is recommended to take a shower instead of taking a bath. A five-minute shower saves 75 percent of the water consumed when bathing.
Traditional laundry is always better than a dryer
One full tumble dryer consumes five times more electricity than a washing machine. Turning it on equals 225 light bulbs per hour. Traditional drying of clothes saves energy and enormously affects the carbon footprint. In particular, if you wash your washing machine at 40 ° C and dry it in the air, you create 0.7 kg of greenhouse gases. If you dry the same clothes at the same temperature in the oven, you will generate 2.4 kg of carbon dioxide and other gases.

LED bulbs on night lamps
Replace the classic bulbs on your night lamps (and other rooms in the home) with LED bulbs. On average, an LED bulb consumes 80 percent less energy than an obsolete bulb. It lasts 25 times longer – it’s a lifespan of about 25,000 hours. LEDs operate at a lower speed without sacrificing the quality of light. A single light bulb can significantly reduce your annual electricity bill.
Turn off the radiators in the bedroom
The ideal temperature in the bedroom is significantly lower than in other parts of the living space, up to 18 ° C. Turn off the radiator in the bedroom. At the end of the day, let some heat out of the other rooms.
Shutters minimize heat loss
Shutters can play a significant role in reducing heat losses in summer and winter. Lowering the shutters can reduce heat losses by about 10 percent in winter, especially at night as they create an additional insulating layer of air in front of the windows. In the summer, shutters that shut down block the sun’s rays and heat the space. You will save on space costs.
Shop for new clothes wisely
The key raw material used in the manufacture of the garment is not indicated on the label. Up to 2,700 liters of water are consumed for just one cotton T-shirt. So many people spend 900 days drinking. Fashion giants are draining entire lakes in countries where the workforce is cheap, with fashion trends dropping dramatically from season to season. 400 billion square meters of textiles are produced annually. A culture of throwing clothes is maintained, of which 60 billion goes to the trash.
Is the air flowing around the windows?
Do you feel any air flow through the slits around the windows or doors? If you are unable to buy new windows, gluing insulation sealing tape around windows and doors will reduce heat loss. Airflow can bring 10 percent higher bills. Replacing single windows with double glazed windows can prevent up to 50 percent energy loss.
Good insulation reduces the carbon footprint
Insulate the house well. Heating is an essential element to reduce our own carbon footprint. A poorly insulated enclosure requires a large amount of energy to heat. With proper isolation, we can change that. The calculation shows that with only 20 cm of thermal insulation, the roof’s energy consumption is reduced from 325 kilowatt hours to 196 kilowatt hours per square meter.

Gas is the cheapest source of heating
When it comes to heating, natural gas is one of the purest forms of non-renewable energy. Using natural gas (instead of oil or coal) creates less chemicals. Chemicals contribute to greenhouse gases, acid rain, smog and other harmful forms of pollution. Gas is the cheapest. About 90 percent of the natural gas produced is delivered to customers as usable energy. In comparison, only 30 percent of the energy converted into electricity goes to consumers.
Install a thermostat for temperature control
Heating consumes 7.4 percent of the total household energy. Gas is more economical than electricity because it is used to heat water. Furthermore, it is recommended to install a thermostat for temperature control. It should be set between 20 and 22 degrees. It is sufficient to regulate the night temperature between 15 and 17 degrees. Roller shutters can be lowered during the night to maintain the temperature. Good window insulation saves between 20 and 30 percent on heating.
Turn off your TV regularly
Watching TV consumes 7.5 percent of household energy. LED screens are the most economical. They spend 25 percent less than LCDs and 40 percent less than plasma. When you are not watching TV, turn it off. Do not stand by because you are wasting energy. This will reduce your carbon footprint by several thousand pounds per year.
Rechargeable batteries in the remote control
Replace the batteries from the remote with those that are rechargeable. Rechargeable batteries have 28 times less impact on global warming, 30 times less impact on air pollution, and 12 times less impact on water pollution. They are easier to recycle than ordinary ones. They have minimal environmental impact. Ordinary batteries should be recycled because they contain lead and mercury.
Turn off your computer if you do not use it for more than half an hour
It is recommended that devices such as phones, computers and laptops not be charged for as long as possible. If you are not going to use your computer for more than 30 minutes, turn off your entire computer or at least the monitor (which consumes 4.6 percent of total household energy). We recommend connecting multiple devices to a so-called shell, or multiple socket. Turning it off will turn off all devices. You do not leave appliances in stand-by mode because they consume 6.6 percent of total household consumption.

I AIM TO PLEASE THE YOUNG AND YOUNG AT HEART WITH POEMS DESIGNED FOR KIDS. READ ALONG WITH YOUR SMALL TOTS FOR FUN.. LET'S MAKE RHYMING FUN AND EXCITING!!!

My Journey to Creating a Life Worth Living