Wien on the banks of the Danube is an open museum 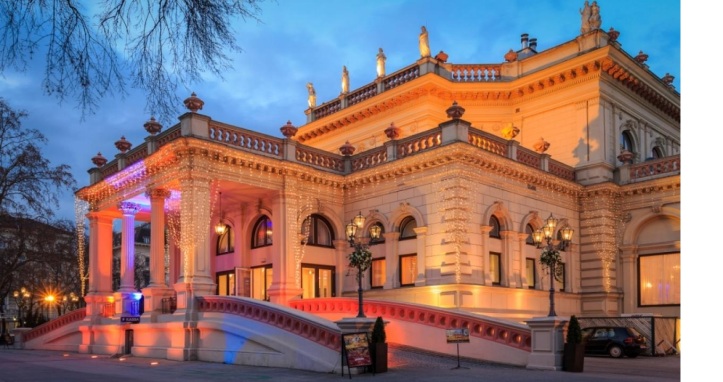 History says that the Celts founded Vienna 500 years BC. The Babenberg dynasty ruled the city during the Middle Ages. The Habsburg dynasty later assumed this role.
Standard German: Wien
Viennese German: Wean
Hungarian: Bécs
From 1527 to 1918 Wien was the capital of the Austrian-Hungarian Monarchy. The Turks tried unsuccessfully to conquer it twice (1529 and 1683). After the Austro-Hungarian Monarchy dissolved (1918), Wien became the capital of Austria. The population of Wienna today accounts for one fifth of the population of all of Austria. This city is the hub of many international institutions (OPEC, IAEA and UNIDO). Gard is the most visited in the summer, though during the Advent, everything is crowded with tourists, among other things, because of Christkindlmarkt, the largest Christmas fair in Austria.
Due to its rich history, its many lavish cultural and historical buildings, Wien has been a favorite destination for tourists from all over the world for years.
The Leopold Museum (www.leopoldmuseum.rog) and MUMOK (www.mumok.at) are housed within the MuseumsQuartier (www.mqw.at). It is made up of over 50 different spaces for contemporary art and culture. Several million visitors visit it every year. You can spend several hours in this part of the city in a pleasant atmosphere and sightseeing.
Albertina is one of the most famous museums in the city. It was founded by Duke Albert Kasimir von Sachsen-Teschen. The largest and most famous graphic collections in the world are kept here. Albertina was built in 1795. It was opened to the public in 1822. It is located in the city center (close to the Vienna Opera and the Hotel Sacher). The collection has been in the possession of the Republic of Austria since 1919. 1920 merged with the collection of prints of the former Imperial court library. http://www.albertina.at
The Upper Belvedere Palace (Oberes Belvedere) was built between 1721 and 1723 (for the needs of Prince Eugene of Savoy). The palace houses a permanent exhibition of 19th century art. http://www.belvedere.at
The construction of the Kunsthistoriches Museum (www.khm.at) is guided by the idea of ​​bringing together the Habsburg dynasty in one place. That never happened as collections grew over time and are located in Hofburg and Schönbrunn.
Hausdermuzik (www.hdm.at) is a modern and interactive museum located in the historic heart of Wien. The museum is located on five floors. It represents the magical world of music and sound. The Mobel Muzeum (www.hofmobiliendepot.st) is 4500 square meters. It is a rich collection of historic and modern furniture. The museum has the largest collection of biedermeier in the world.
The Schönbrunn Castle (www.schonbrunn.at) is called the Viennese Versailes. This complex was the summer residence of the Habsburg dynasty from the 18th century to 1918. The castle with surrounding buildings has 1411 rooms. 40 rooms are open to the public. The castle is surrounded by lush gardens that are listed on the UNESCO World Heritage List. The first zoo was opened here in 1752.
Public transport in Wien is excellent. You can buy a daily, three-day, weekly or monthly ticket. The same map applies to all public transport (tram, bus and subway). Wienne’s friends cities are Budapest, Moscow, Zagreb, Warsaw, Belgrade and Tel Av-iv.
Hofburg is one of the most important buildings in the city (www.hofburg-wien.at). This was the imperial palace until 1918. Today this building is the seat of the office of the President of Austria. The Sisi Muzeum (Empress Elizabeth Museum) is located here. The museum is known for the chapel where the famous Viennese Boys Choir and the Lipizzaner Horse Show are rehearsed. In the center of the town is the Cathedral of St. Stephen, recognizable by its unusual tower of bright colors. It was built in 1433. It was badly damaged during World War II. It was soon completely renovated. Wiener Ringstrasse is the most famous city street that surrounds the historic city center on three sides. The street is 6.5 kilometers long and 57 meters wide. It has two alleys. It is known for a large number of monumental buildings (Vienna State Opera, Museum of Natural History, Covenant Church, Stock Exchange, University of Vienna, Parliament, Academy of Fine Arts and others). There are famous parks (Burggarten, Volksgaten, Rathauspark and Stadtpark).
The beginning of each year at Wienni is best known for its bales. The famous Johann Strauss Ball is held annually in Kursalon (www.kursalonwienn.at).
http://www.johannstraussball.com 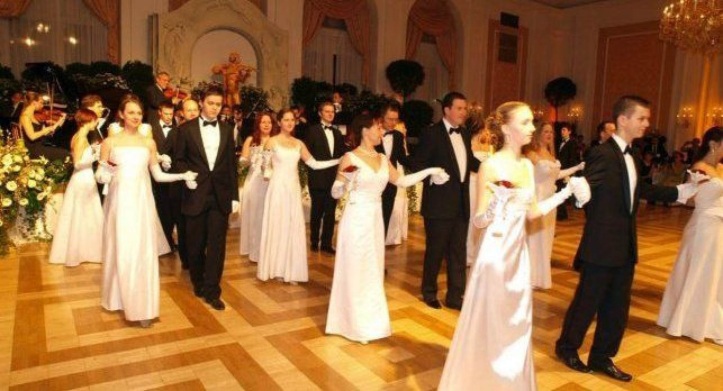