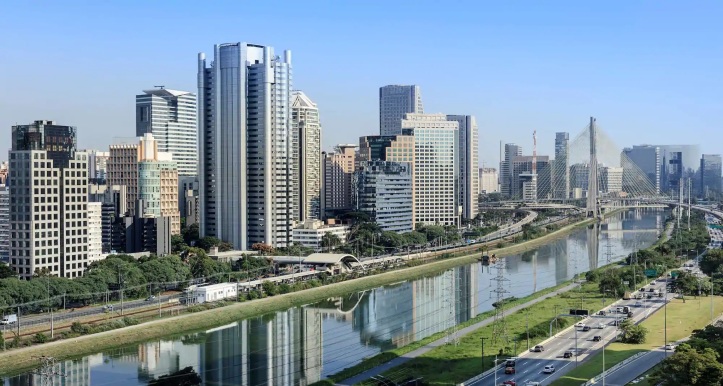 Sao Paulo is a city with over 18 million inhabitants. It is the hometown of Ayrton Senna, Cafu and Rubens Barrichello. One term cannot be described. Sao Paulo must be seen, experienced and felt. The largest southern hemisphere city is a city where you will see everything and where nothing can surprise you. The city has samba, football, coffee, exotic fruits, smiling people, crowds, warmth and cordiality.
Sao Paulo was founded by Jesuits in the 16th century. In the second half of the 19th century, it began to grow more strongly thanks to fruitful coffee plantations (in the federal state of the same name). The city has developed into the economic, industrial and financial headquarters of Brazil and the entire continent in the 20th century. It has grown into a vast cosmopolitan center with significant ethnic minority groups whose neighborhoods are scattered throughout the city. There are Japanese, Italian, Lebanese and German neighborhoods.
The diversity has made this city an unavoidable destination for all lovers of gastronomic delights and dishes. The city has over 12,000 restaurants and as many as 52 different cuisines in the world. The Brazilian aperitif known in the world is called capirinha. Typical Brazilian restaurants are called churrascaria where waiters dressed in the Brazilian version of gauchos are constantly served fresh meat grilled and strung on large knives. For a fixed price you can eat all dishes served on the buffet table. When you have finished the entree, serving the meat in unlimited quantities begins. You can stop this by turning the SIM-card (Yes)pad on the red side where it says NAO (No). If you have the chance, try the pao de queijo (hot cheese rolls) and feijoada (bean dishes) that every Brazilian is particularly proud of.
In Sáo Paul you can use the taxi service, buses and metro. The wealthy elite use transport helicopters to bypass the daytime crowds and crime.
Jardins (Garden) is the most beautiful city in the city. It is full of greenery, parks and gardens. There are many restaurants here. The main business street is Avenida Paulista. If you visit one of the parks (Jardim Europa, Jardim America, etc.) you can easily get lost in one of the mazes. You will find yourself lost in the jungle, even though some stormy city life takes place some ten meters away. http://www.cidadedesaopaulo.com 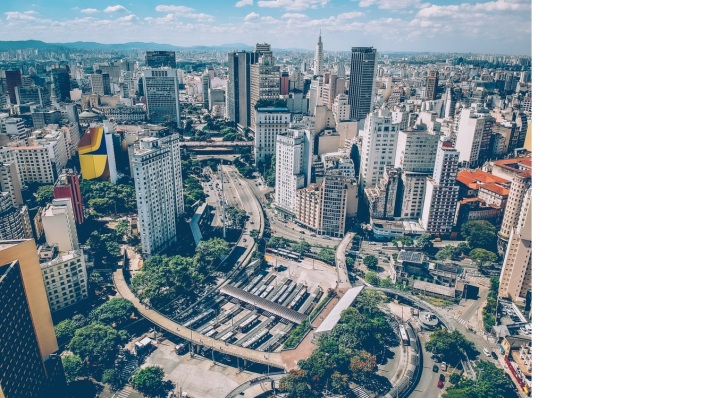 The middle point of the city is the Cathedral (A Sé) built in neo-Gothic style. Also, the Estacăo de Luz train station building is impressive and a must visit. It was built in the 19th century. It was primarily used to bring coffee from the nearby port of Santos. Although burned in a fire in the 1940s, it is now completely restored. This is where the Museum of Portuguese is located. Ibirapuera Park is located on the south side of the city. This is the second largest park in the city. It is isolated from the hustle and bustle of many buildings that are missing from the city’s tourist map. Oscar Niemeyer designed many buildings in the park. Here you can see the Planetarium, the Japanese Pavilion, the former City Hall, the Museum of Contemporary Art, the São Paulo University building and the large obelisk (the largest monument in the city) from 1932 (built to commemorate the revolution).
The Auditorio Ibirapuera is the most impressive auditorium in the city. It is a masterpiece of Oscar Niemeyer designed in the 1950s and built this century. The back wall of the concert hall extends into the air and opens to the park. Concerts can be held inside and outside the hall. In one day in Sáo Paul you can experience all four seasons. The springs are warm and dry. Summers are hot and rainy. Autumns are pleasant and winters are sunny and mild. This city is special in that every walk minute has an event (cultural festivals, Broadway musicals, business fairs, etc.). The city has 152 theaters, 90 museums, 32 cultural centers and 7 concert halls.Museu de Arte contains all the collections of works from the Renaissance to contemporary art. If you like sports and football, you can watch some football match at Pacaembu Stadium.
Oscar Freire Street (Jardins City District) is the eighth most luxurious street in the world. Here are clothing stores from all over the world.
Here the differences between rich and poor are expressed and visible. In the middle of the richest settlements, many poor squares (favelas) have grown. They approach the rich neighborhoods of insurance dams and high fences.
Sixty kilometers from the city is the largest Brazilian port of Santos. It is a former center of the coffee shop where you can have your favorite drink at the Stock Exchange Cafe (Bolsa do Cafe) or visit the Vila Belmiro Stadium where the famous Pelé played
Near the town is a small town of Embu where on Sundays you can buy some of the great selection of souvenirs and indigenous Brazilian products at the market. Embu is best served by taxi. Taxi drivers are greedy, talkative and cheap.
photos: http://www.unsplash.com
http://www.radissonhotels.com
http://www.cidadedesaopaulo.com