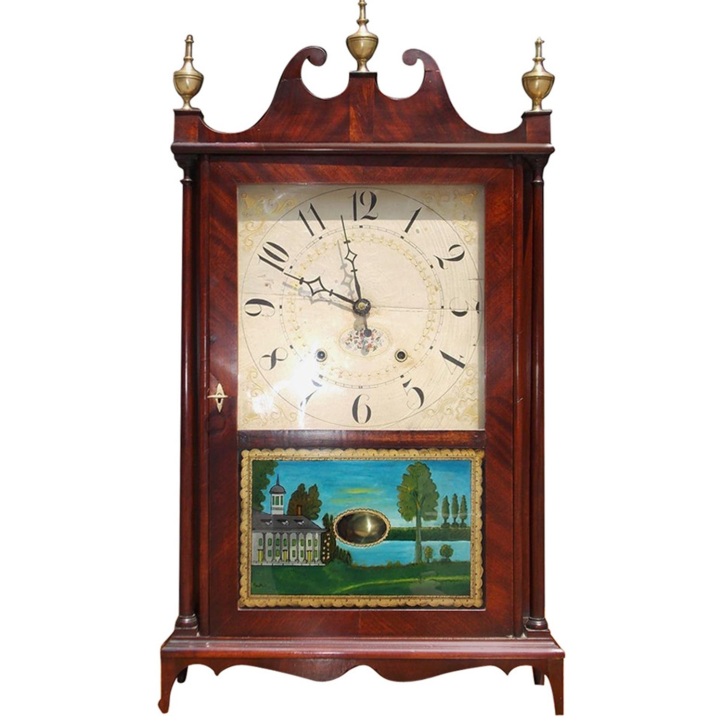 Among the oldest inventions of mankind are timers. The stick pinned at the entrance to the cave was a precursor to the sundial. Then people invented water clocks and hourglasses. Old Indian and Chinese writings mention these devices, although there is evidence that such devices were used in Egypt in 1600 BC. Gears are introduced into the mechanism of the clock in the era of Greek and Roman civilization. Through the paths of conquering marches and geopolitical change, the secrets of watchmaking are traveling. The watchmaking is making slow and sure progress. At the end of the 12th century, more advanced mechanisms appeared in Europe, using weights instead of water. The use of springs became commonplace in the 15th century. During this period, watchmaking became more popular among the crafts. 1657 Christian Hygens applies the idea of ​​the scientist Galileo to the pendulum as a driver of the clock mechanism. With the growth of world empires, the need for accurate timing is growing. The main reason is navigation on the high seas. The English watchmaker John Harrison is a person whose name is inscribed in golden letters in the history of horology. The 18th century was marked by his inventions. 1797 The first patented timepiece was designed. Eli Terry is filing with the Patent Office. Terry is considered the founder of the American watch industry.
Personal / wristwatches began to be used in the 18th century. Technological advances allow the mechanism to be housed in small, pocket-sized cases. People realize that wearing a watch on their hands is a necessity, and they do not depend on the then public watches on towers and towers. People see the wristwatch as a matter of status. Cheap models were not available to all people. The richer population ordered specially made luxury watches. Investing in timepieces was a kind of investment. For half a century, every other item in American pawnshops was a clock, according to some records. European watchmakers are becoming part of the watch market, especially Swiss watchmakers and manufactures. The primary concern was the reliability of the clock and the design. There is no written information as to when exactly the fashion of wearing a wristwatch began. Most data say it was in the early 19th century. In addition to men, it should be noted that women are highly regarded masters of making watches. The sophisticated art of making and assembling tiny gears requires precision and meticulousness, as well as skill and patience. The wristwatch around the wrist is becoming popular because if you wanted to know what time it is (which is the basic purpose of wearing a wristwatch), it is much easier to look at your wrist.
The advances in military technology and the First World War require precise, synchronized communication. A practical solution is to move the watch from your pocket to your wrist. After the war ended, in the collective consciousness of the people remained aviators who wore wristwatches on their wrists as part of their equipment. The mode of wearing a wristwatch is accepted by car drivers as motoring is becoming an increasingly popular sport. In the period between the two World Wars, the production of wristwatches suppressed pocket watches. 1931 The first automatic winding mechanism that uses the movements of the wrist of the watchmaker appeared.
The first electric watch was made in 1840, but with the development of electronics, the number of components of the watch has been reduced to a reasonable extent. 1969 a new revolution in watchmaking officially began. Then the first serial quartz battery-powered clock appeared. The Japanese product was cheap and reliable. Manufacturers of classic mechanisms survive by producing watches for the luxury clientele.
Modern times carry fast trends, so now the “time indicator” (mobile phones) is again in the pockets of jackets or pants. The offer of wristwatches, materials and colors is diverse and fits with each person so that it can be concluded that the survival of wristwatches at the wrist is unquestionable.
cover photo: http://www.1stdibs.com

New posts once a week!

Courteous to your heart