cover image: http://www.pixabay.com
Yew tree (lat. Taxus baccata) is often planted in backyards and parks for aesthetic values. Yew is known for its beautiful stasis habitus. The needles of this tree are dark green to golden yellow. Yew bark is thin. It has a reddish-brown color that peels off in smaller scales in adult specimens.
The branches of the yew tree are long and slender. They are filled with resistant needles. They can remain on the tree for many years, after which the yew rejects them and changes them to new ones: It always has a bright and lush appearance. The yew tree is suitable for pruning and shaping. Groomed specimens with regular pruning can resemble a thick green wall. Since it grows slowly, the quality of the wood is unquestionable. He can reach old age. Specimens of yew older than 1,000 years and older are known.
Yew is mainly distributed in the northern hemisphere, from Europe, Asia, the Caucasus to North America, preferring shady forest areas with more moisture in the air. In America, yew is almost extinct: This happened tumor types. After a good therapeutic effect, the action became counterproductive (healthy cells are damaged).
The flesh of this yew is edible while the other parts are poisonous
Yew grows as a coniferous shrub or low tree. Brainous up to 15 meters high. The trunk reaches over one meter in diameter. Yew is a dioecious plant.
This means that female and male plants develop. Older female plants show red or yellow berries. The fruits are wrapped in a fleshy wrapper that can even be eaten. However, care should be taken not to eat any part of the seed because it is extremely poisonous, like all other parts of the plant. All parts of the tree (needles, young shoots and seeds) contain the poisonous alkaloid taxin which is fatal to the heart. The poison content increases in the winter months. Male trees are thought to be more poisonous.
Signs of poisoning are: dilated pupil, pale cheek, dizziness, severe headache, irregular heartbeat. Red circles appear on the body and suffocation occurs. Until the poisoned person receives professional help, he should be given a lot of tartaric acid, cumin and wormwood. If that does not help – he should induce vomiting and be given a cleanser. Then you need to give a lot of real coffee. For a child, a few seeds are poisonous.
On the other hand, yew has always been valued for its hard quality wood that was once used in many industries. Various tools and handles were made from its trunk. It served as a tree for making boats and bows. It has been used for many purposes in carving and turning. It was used to make furniture, floors and roof coverings. Because even after twenty years, the felled tree does not have the usual susceptibility to rot. It has beautiful decorative properties. 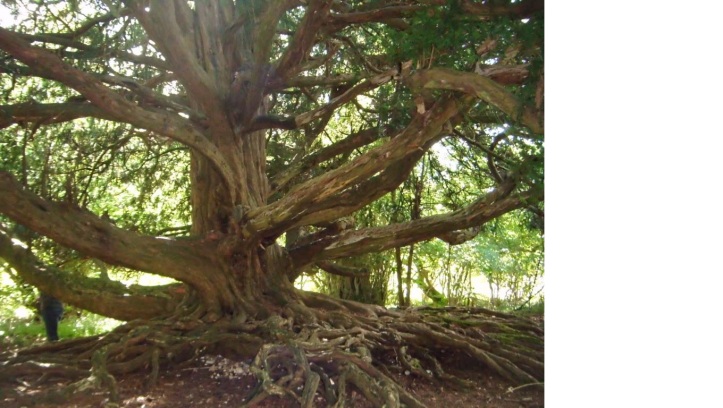 photo: http://www.pinterest.com.mx
Yew species and yew cultivation
Various species and forms of yew are grown. They have, (depending on age) various typical forms of growth. Thus, for example, taxus baccata fastigijata at a young age grows distinctly columnar: In older years it grows in width or in the form of a flower pot.
The fastigijata aurea variety has young needles yellow in color. A variety of rockets is suitable for planting hedges. For low plantations, it is a widely growing variety of repandens. The Japanese yew is well known, which grows as a small tree in Japan. In other parts of the world it is of bushy growth. It is very good for planting hedges. The cultivar taxus cuspidata nana grows in width. By crossing between taxus baccata and taxus cuspidata, a mixed taxusx media was formed. The described species and varieties of yew thrive well in normal garden soil. They tolerate a lot of sun. They can grow and develop in a shaded place.
For yew you need to choose the place carefully because it is a long-lived and dark plant. The part of the garden in which the yew is planted can turn into a shady and dark place. The soil must be sufficiently moist. It must not be too wet or discolored. It has excellent regenerative properties. Yew can be almost never or hard to destroy even if you cut it down. Yew can also be applied to hedges that are cut like boxwood. It is resistant to pollution. It is especially decorative at a time when it has fruits.
It can be propagated by seeds and vegetatively. A large number of shoots should be plucked from the cut branches and planted in a shady place.
The yew tree has long been considered a happy tree because it drives away evil spirits from the house.
Given its strange longevity and the unusual peculiarities of the tree, there has always been a common belief among peoples, or superstition, that a person who owns a yew near his home can breathe a sigh of relief. The silent tree drives away evil spirits.
In some parts of the world (Balkan states) parts of the yew were once sewn into pieces of children’s clothing. They laid down in the cradle. They were inserted into the horns of animals as a preventive protection against magic. It is known that Robin Hood had a bow made of yew. The ancient Celts made bows and arrows out of yew. The tips of the arrows were coated with poison obtained by cooking silent needles. The countries in the Balkans are known for their widespread forests and diverse species of woody plants. Forests by their natural structure, rejuvenation and power of self-renewal are the guardians of the health of living beings. The most common tree species are: fir, spruce, white and black pine, oak, beech and a large number of forest communities with a large number of woody species. The great demand of woody species is their survival, which only man can fulfill, improve, present and make his spirit happy with the beauty of nature. However, one of the very rare species is Taraxum baccata, lat: Yew tree. Yew wood has the best hardness and toughness. It differs from other woody species by its structure and resistance to rot. Yew is never attacked by insects. It grows in shady (forests) and sunny places. It can live for over 3000 years. 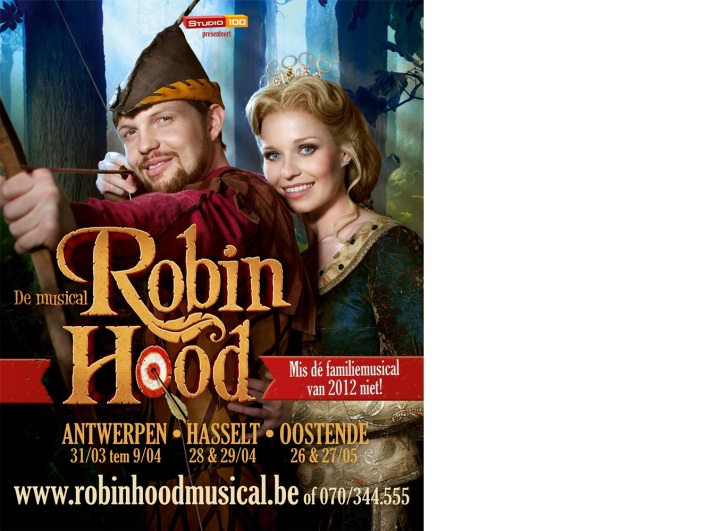 photo: http://www.imdb.com
Yew wood has healing properties
Yew was also used to treat diseases of the bladder, cough, catarrh, worms, epilepsy, tonsillitis and diphtheria. Harmless plants are used for such diseases today, so highlanders are probably no longer using them nowadays. Before, seeds were used as an abortifacient and emenagogue. According to the saying, four to six crushed seeds were enough to cause an abortion. Today, a delicious syrup is made from the red casing of the fruit, which primarily serves as a medicine for the lungs.