Allergy season does not pass because allergens are always present 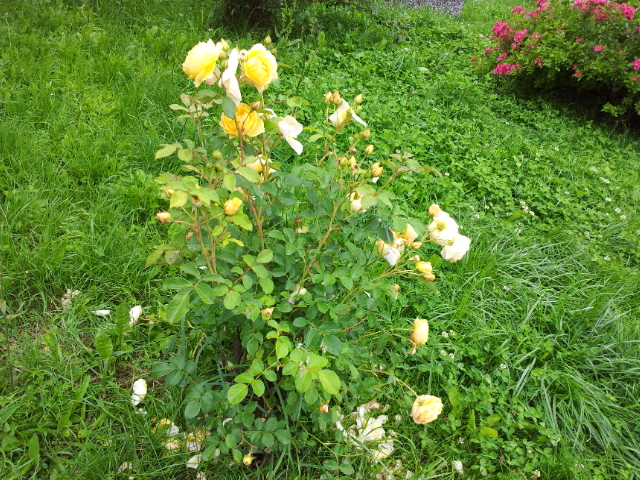 The body’s reaction to repeated contact with allergens is called an allergy. During the first contact of the organism with allergens, the immune system responds and antibodies are formed. The word allergy is of Greek origin (alos-modified and ergon-work). Allergic people react excessively to a substance. These substances are called allergens. Even in small concentrations, they can cause side effects in humans. The immune system remembers people who are not allergic to allergens as a harmless substance. Therefore, it does not react to allergens. In contrast, allergic persons react violently after repeated contact with the allergen. This is how allergy symptoms occur. An allergic reaction is caused by food, pollen, drugs, mites, hair, insect bites and the like.
Symptoms of allergies can be local (insect bites in a certain place) and general when they manifest throughout the body. Allergic people have visible changes in the skin, sneezing, increased secretion from the nose, cough, hoarseness. Allergic people sometimes have insomnia, fatigue, attention deficit and concentration disorders. Anaphylaxis is the most severe form of allergic reaction. And when the patient has no symptoms, it does not mean that the allergy is over. Sneezing and runny nose are the most common symptoms. Allergy sufferers have insomnia or a feeling of tiredness, deconcentration which patients describe as dizziness. Because an allergic reaction affects the brain. Muscle pain occurs. Patients use cold medicines that also contain allergy medications. As soon as they feel better, patients have the impression that their colds are frequent.
Antihistamines, corticosteroids, and immunotherapy are used to treat allergies. Adrenaline is used in the most severe forms of allergies. Any contact with allergens should be avoided whenever possible. Compared to adults, children get allergies more easily because their immune system is underdeveloped. The first epidemic of allergies occurred in children. The ratio was 1:10. It is now known that adults can have allergies. It most often occurs in people from 30 to 40 years of age. Allergy is a serious systemic disease that includes asthma, eczema and the like. Today’s gold standard is skin tests that have begun to be used in diagnostics. When antibodies are tested in the blood it becomes known that they are present in the blood. The test proves whether the antibodies have any activity in the body. People are usually allergic to a small number of allergens. 98% of allergies are detected with 8-10% of allergens. If a person is allergic to one herb then he will be allergic to all herbs. Allergies are most often caused by wind-pollinated plants. One ragweed plant is enough to contaminate the entire region. It produces 7 billion pollen grains in one season. The amount of 15 pollen grains in the air is enough for the symptoms to appear.
The condition of the allergy does not improve if the immunity is strengthened. Excessive consumption of supplements (vitamin C, vitamin D, calcium, magnesium) is meaningless. Excessive immune responses can lead to the development of serious autoimmune diseases. A supplement is a dietary supplement that corrects our dietary mistakes. Natural antioxidants (such as natural vitamin C) and a diet increased by eating foods that contain vitamin C are useful.
Patients who are allergic to pollen can consume honey. Honey and pollen are not the same substances. People allergic to ragweed may have a severe allergic reaction when using chamomile. You should eat apples that have a beneficial effect. Nettle has a number of useful properties. The root is cooked. Nettle leaves should not be cooked because cooking destroys the active components. Garlic should be taken in the diet. Essential oils have a positive effect on people who are allergic. The use of all essential oils (except chamomile) is allowed in people who are allergic. It is recommended not to use woolen carpets, woolen blankets and feather pillows. These items collect the most mites. Mites are bothered by dry air, so devices that filter the air help. Triggers for allergies can be heavy metals, pollution, radiation and other harmful factors. Plastic is also a problem with allergies and should be avoided. Natural materials should be used. Estrogens are important in the occurrence and development of allergies. In pregnant women it leads to worsening of asthma and other allergies. You should eat beets and nettles often. Silicon (which extracts aluminum from the body) should be present in salads.
Allergies cannot be cured permanently. It is necessary to consult a pharmacist and a doctor. Immunotherapy is the only causal therapy. Antihistamines should be used twice daily. Corticosteroids should be used on the advice of a doctor. Have more pollen in the air during a rain shower. Allergy attacks are strongest in the morning and evening. The highest concentration of pollen is in the morning. Some foods can make allergies worse (peanuts that have heavy metals and inhibit hormones). Almonds and hazelnuts should be taken as they are a natural source of omega 3 fatty acids.