5 largest, smallest and unique sites in Bosnia and Herzegovina 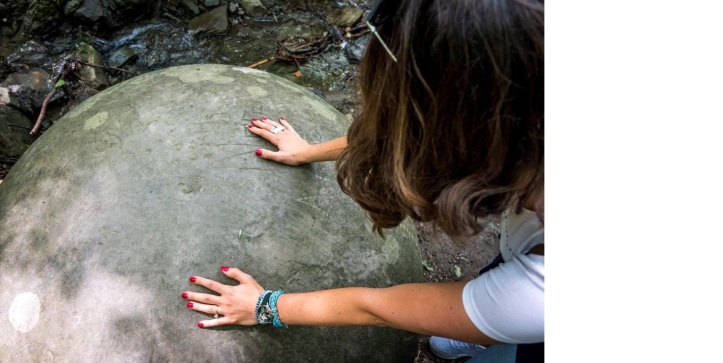 photo: http://www.visitbih.ba
http://www.una-aqua.com
1. Stone balls are a kind of natural phenomenon and a unique tourist attraction in the world. They are located in Costa Rica, Mexico and Bosnia and Herzegovina (near the towns of Olovo and Zavidovići). The largest and most famous mystical stone ball found in 2016 in Europe is located in Bosnia and Herzegovina (Zavidovići). About 60 perfectly shaped stone balls were found here. The largest ball weighs over 30 tons. Visitors and tourists find that the balls have positive healing powers. By touching the balls or meditating on the balls or next to them, it is believed that people draw healing properties and positive energy from them.
2.Sarajevo’s mosque „Rogo Zade“ is one of the smallest mosque in the region and one of the smallest in the world. The mosque has a little more than 50 m² and is located in Sarajevo’s settlement called Sedrenik. Sarajevo’s mosque with unusual name „Rogo Zade“ was built in 1660 according to the inscription on the door of the mosque and its overall size is a little more than 50 square meters. This is the smallest mosques in the region and Europe, but also one of the smallest in the world. It was built under the Sarajevo’s neighborhood Sedrenik and the address is Rogina 1. The mosque was restored in 1972. Since Sarajevo’s nearby neighborhoods Sedrenik and Grlica hill have a lot of other mosques, Rogo Zade is more a symbol of the city.
3. The city of Jajce is the only city in the world in the narrowest center of which there are Pliva waterfalls 21 meters high. They are among the 12 most beautiful in the world. The waterfalls are located at the place where the river Pliva flows into the river Vrbas.
4. The most winding river in the world “Shuica” is located in Bosnia and Herzegovina. It flows through Duvanjsko polje in Herzegovina. The river is home to river trout, grayling and crabs. The tail of the crayfish is popularly called “Shuja”, so it is believed that the river got its name.
5. A unique set of islands in the world called “Japod Islands” on the river Una is located in northern Bosnia near the city of Bihac. The Iapodian Islands are a group of five small islands that the Una River is dotted with its tributaries. The chirping of birds, a light breeze and the smell of old forests and the spirit of the past revived by wooden statues of members of the Japod people. Numerous remains of the ancient Japod tribe have been found at this site near the Una National Park.